Cut this phrase out of your vocab immediately. Then learn what you should say instead to improve your mood instantly, according to psychologists. 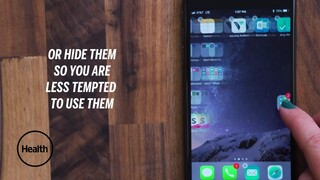 Carrie Dorr’s Tips to Increase Stillness in Your Life

Here’s something that’ll make you think twice: “The majority of American conversations are characterized by a complaint,” says Scott Bea, Psy.D., a psychologist at the Cleveland Clinic.

It makes sense. Human brains have what’s called a negative bias. “We tend to notice things that are threatening in our condition,” says Bea. It goes back to our ancestors’ time when being able to spot threats was crucial to survival.

It’s an easy trap we all fall into from time-to-time—but it’s one that can not only make our perspectives on life a little more blue, but also likely negatively impact brain chemistry, notes Bea.

Related: This Method of Positive Thinking Can Make Sticking to Healthy Habits So Much Easier

Fortunately, a tiny language tweak can help: Instead of saying “I have to,” say, “I get to.” It’s something that companies like Life Is Good, which sends positive messages through all kinds of apparel and goods, encourage their employees and customers to do.

After all, while saying you have to do something will likely help you do it (you’ll make it to that spin class, for example), framing the behavior as something you get to do helps you lean into it with a bit more enthusiasm (and help you appreciate the fact that you’re able to work out in the first place), says Bea. “It brings a sense of opportunity—and a welcoming of the experience, which has a positive benefit for us. It’s the difference between a threat and a challenge,” he says. “Very few people are up for a good threat and most of us are up for a good challenge or opportunity.”

Even more: Emerging psychotherapies, including something called acceptance and commitment therapy, focus on small language tweaks like this to help people beat tough times, he notes. So while positive thinking (and all the perks that come with it) is about positive thoughts, it’s also about positive attitudes, which can, in turn, cultivate gratitude and appreciation, encouraging even more positive behaviors and, yep, thoughts, too. Complaints on the other hand? They can leave us feeling more vulnerable and threatened in the world, furthering a cycle of negativity and fear.

To that extent, “I have to” isn’t the only phrase you should drop. Bea says that we tend to categorize ourselves with language in broad, sweeping terms that are often exaggerations. We say: “I’m lonely” or “I’m unhappy” versus “I’ve had some lonely moments” or “I’ve had a few sad days recently.” All of that can color the way we experience life, he notes. While the former can seem overwhelming—almost impossible to beat—the latter leaves more room for improvement and also paints a more realistic, tangible picture of the situation at hand.

Related: The Science-Backed Reasons You’re Legitimately Happier and Healthier In the Summer

The best part about these simple changes? They’re small—and you can start doing them, stat. Plus, they feed off of each other.

Says Bea: “Gratitude forces you to put a filter on subsequent days to start looking for things for which you’re grateful, and that’s not typical of human beings so it kind of creates a systematic program.”

And that’s a program we can get behind.

This article originally appeared on Shape.com   And Reposted by Rick